This evening I carried on with the blanket I am pattern testing for Katie who has  now also designed a gorgeous summer themed blanket with sunflowers on it.

I was nervous and excited about making the first buds as I’d never done reverse popcorn stitch before. But her instructions and photos were easy to follow and I produced these 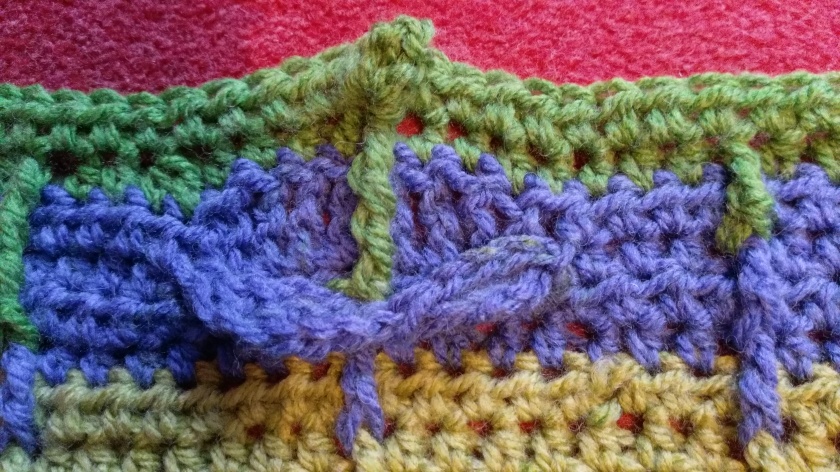 I also realised I’d forgotten to link up to the stem two rows previously, so had to do an extra long one so I didn’t have to frog it! 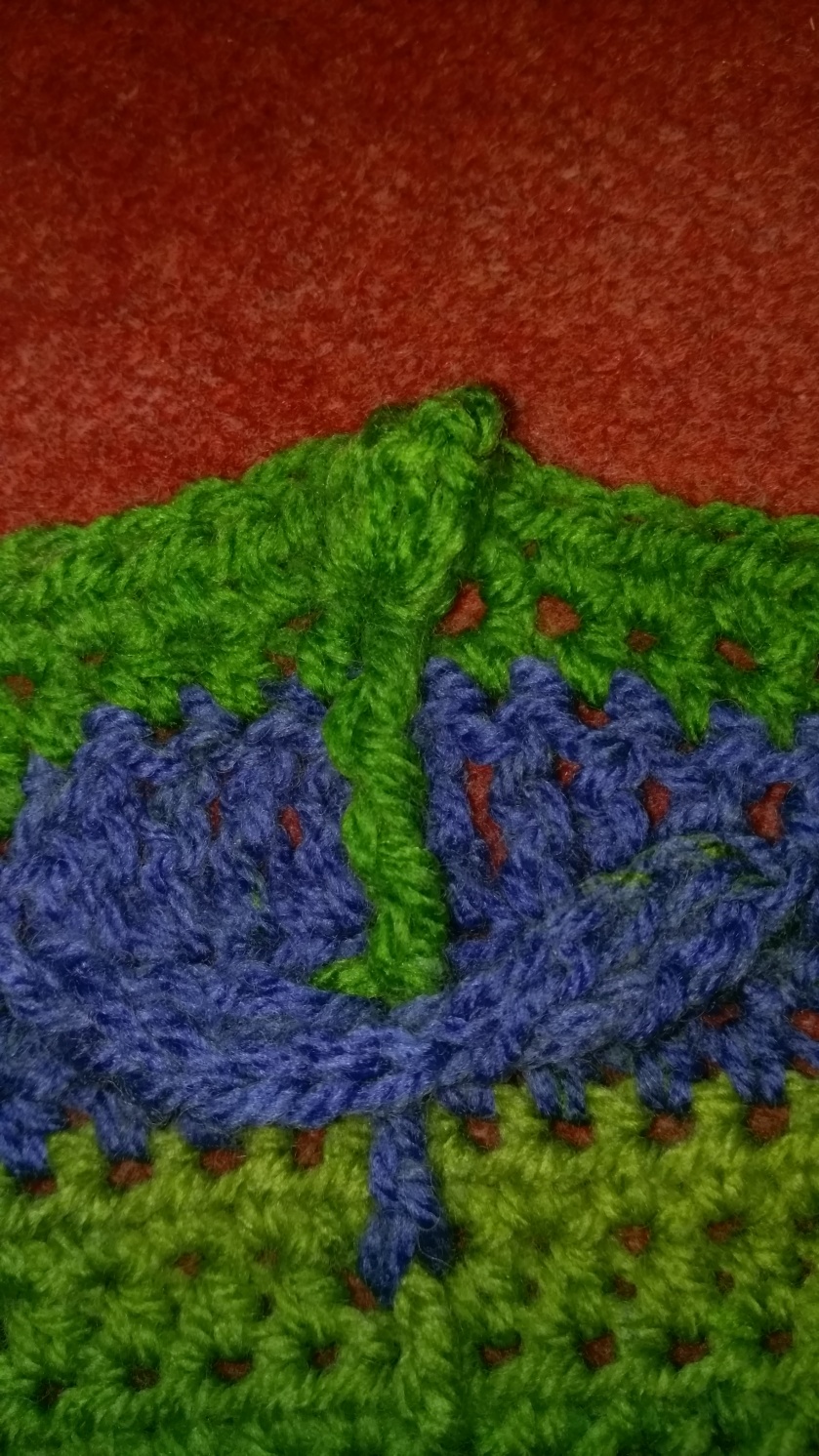 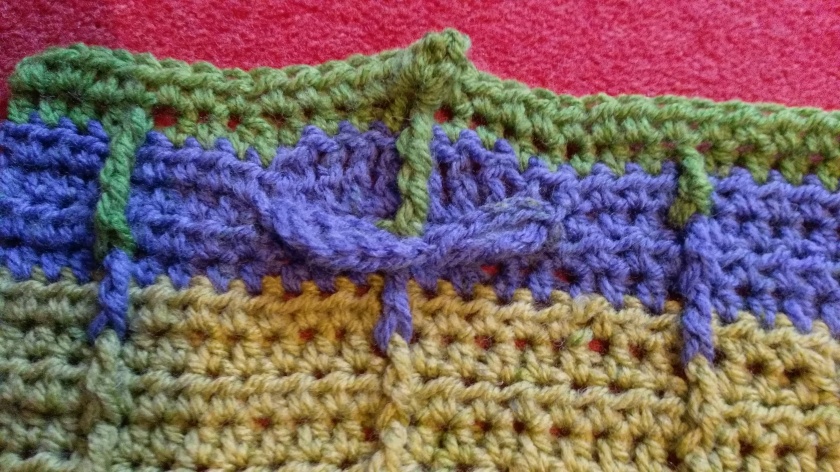 Then I just kept crocheting, and the blanket grew rather a lot. It’s cool when you decide you’ll just do a couple of rows but end up getting caught up in it and doing loads. It’s not so cool that I keep feeling really tired at the wrong times of day and then in the evening when I could go to bed I end up feeling really awake. But anyway, it meant the blanket grew more than I’d expected!

Oh… My view wasn’t necessarily quite as pretty as the canal, but it was exciting as it was peppa, my guinea pig who was so poorly over the last month I was having to syringe feed her pellets, keep her quarantined from rosie due  to her diarrhoea, and not feed her vegetables. This evening I let her run around the room and she was hopping in and out of the cage several times. She’s eating veg again, and her stomach seems to be coping. It was lovely to watch her running around.