Today I went back to paper cutting. I’ve had a design set aside (from the paper panda book) for ages as the next one I wanted to do but haven’t got round to it. Today I had a day with no plans and I’m still feeling dizzy when moving around so I say in my lounge, keeping my head fairly still, and got cutting! 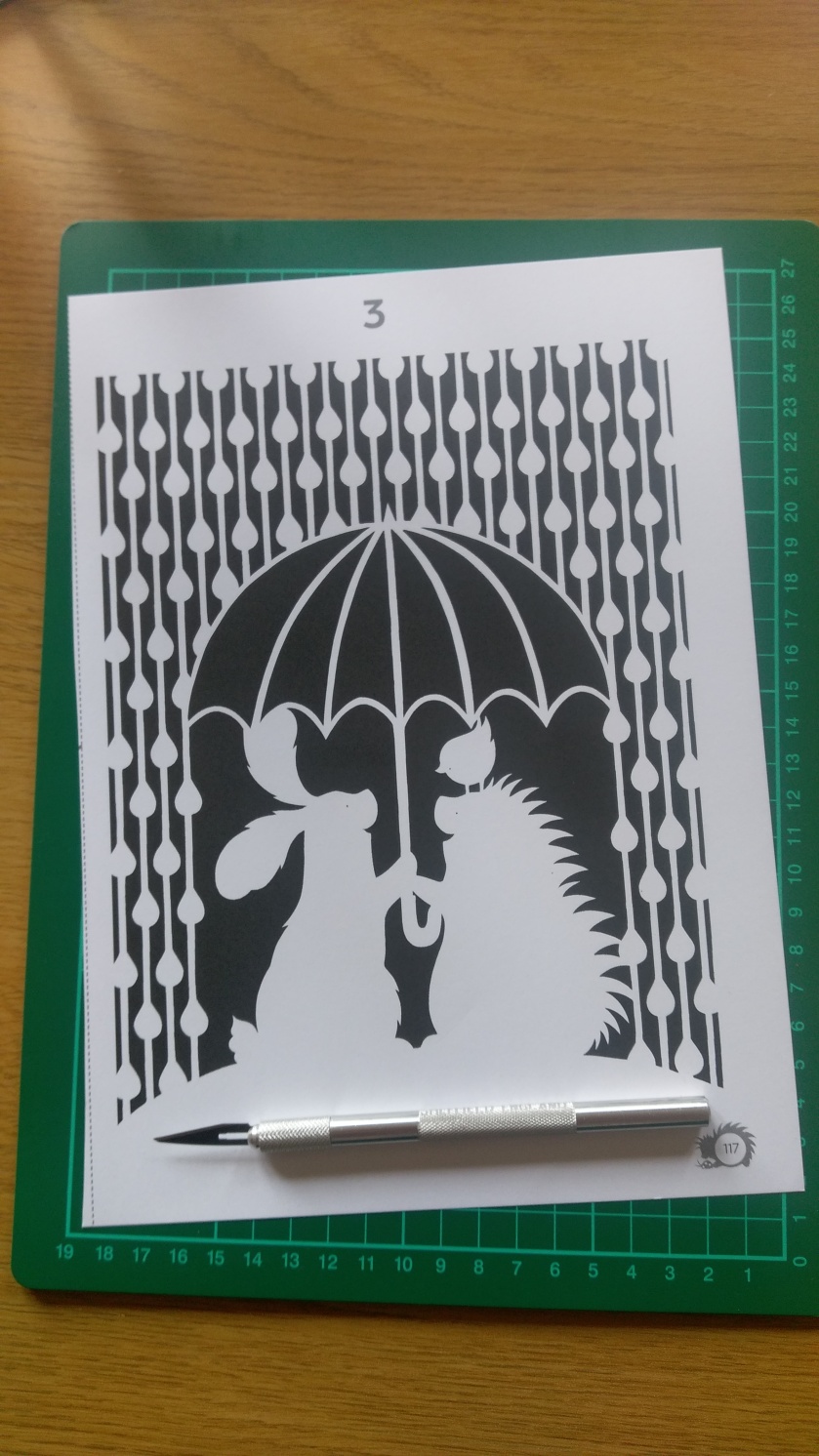 I find it relaxing, apart from the tension in my shoulders that I seem to need to cut with control. That said, I probably don’t have the best set  up, sitting on floor cushions by a low table!

I chose this design because I liked the evenness of the raindrops with the lines between them, and because I thought it did be a good design to try filling  some of the spaces with different coloured paper. It didn’t take long to realise that the raindrops and lines would not be half so even once I’d cut them, but then I discovered I quite liked that about it too! I also discovered it was much easier to cut the drops fluidly if I turned the design upside down and worked from bottom to top.

While cutting i reflected on finding joy even in the middle of storms, and how much difference it makes when you have other people around you when you’re facing troubles. I rediscovered the joy of listening to music today. It’s been so long since i put on a cd or listened to a playlist, and i end up forgetting how uplifting music can be. Today I listened to mumford and sons with baaba maal, the very best and beaten berg, which is a fab though short cd with different cultural influences on it. Then an album by Alabama shakes. We saw them all live last summer at an outdoor gig in Hyde Park and I found myself remembering the fun we had there and at other outdoor gigs and festivals, and then looking forward to the ones we’re going to this summer. I found myself feeling happy and like life has promise and possibilities. It’s the first time in a while… Recently I’ve just been mainly getting through each day.

I’m enjoying exploring the idea of craft as therapy, and have seen a couple of blog posts about crochet as therapy. It wasn’t my intention to use craft as a therapy but I think it (and blogging about it) is helping  me in lots of different  ways, which is exciting.

By lunch I’d done a fair bit. I numbered the back of the umbrella sections to use them as templates later. 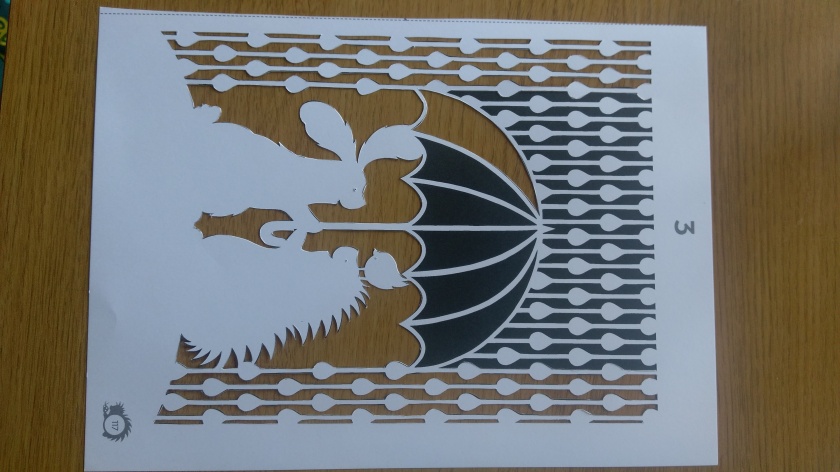 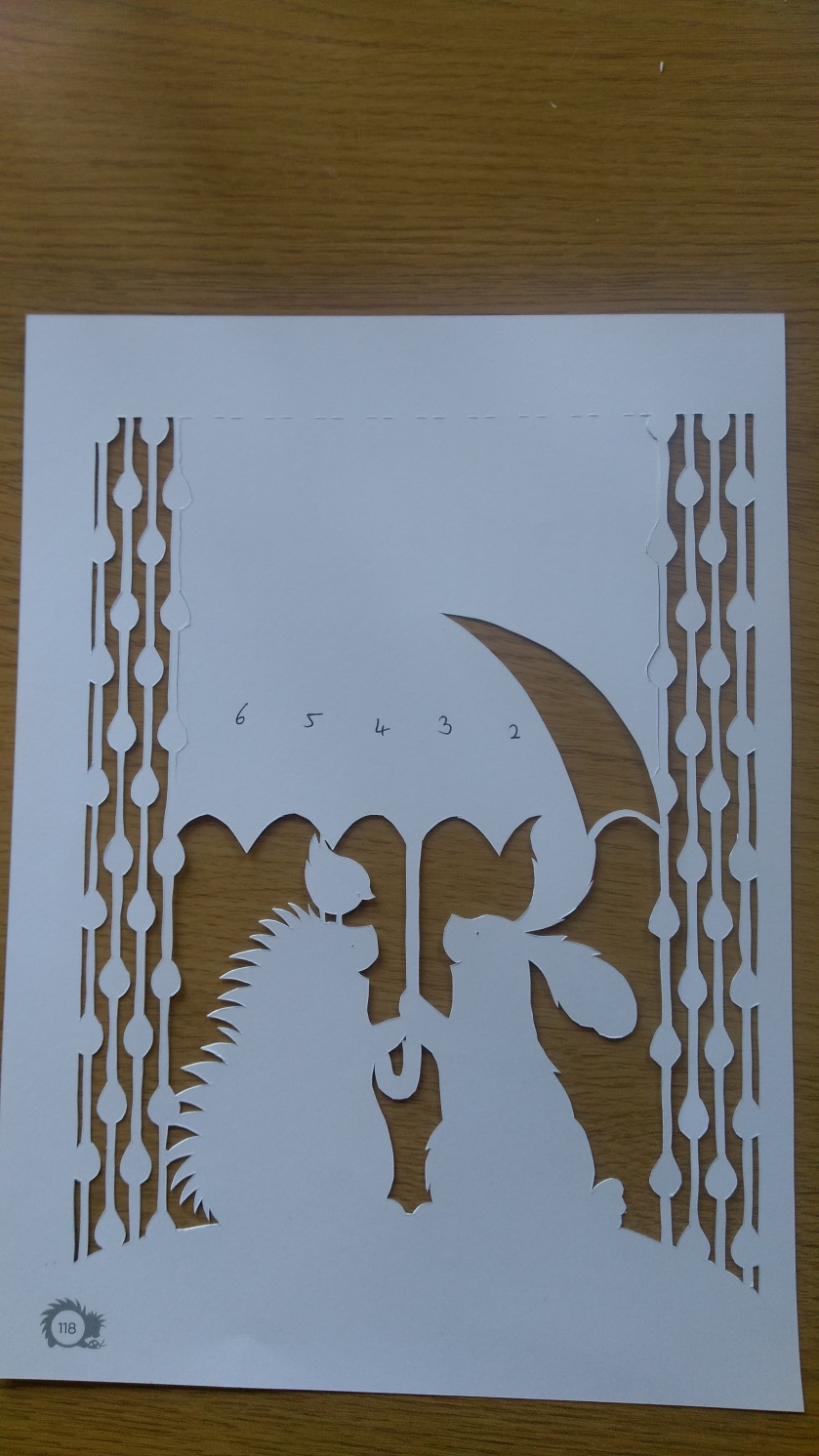 After lunch I finished cutting away the other parts, and then I filled the umbrella sections with rainbow colours as they’re bright and cheerful. 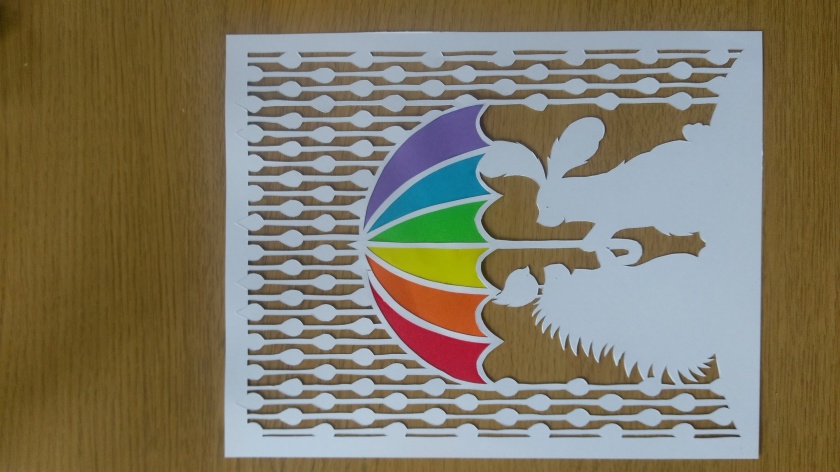 Then I debated on the colour for the background. Pale blue felt like spring showers, black was too oppressive and I settled on the dark blue as a way of representing slightly more of a threatening storm. The characters stand out nicely on the background, and I’m pleased with the overall effect. The only thing is that their eyes don’t stand out in the photos. 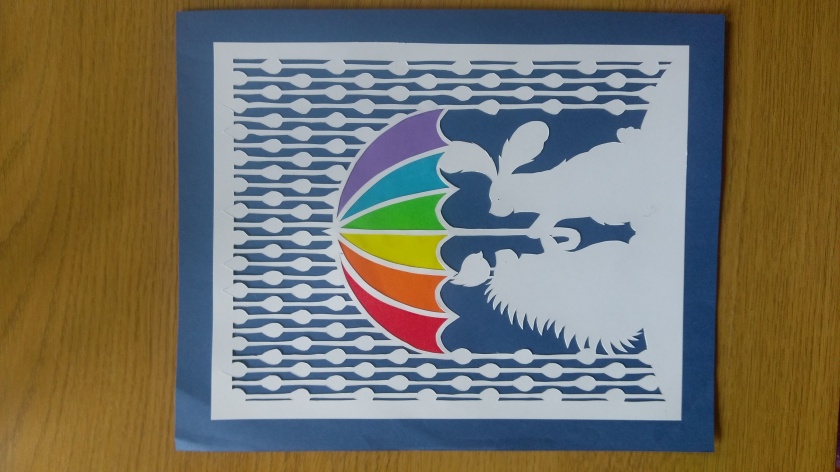 And here’s the final picture in its frame. 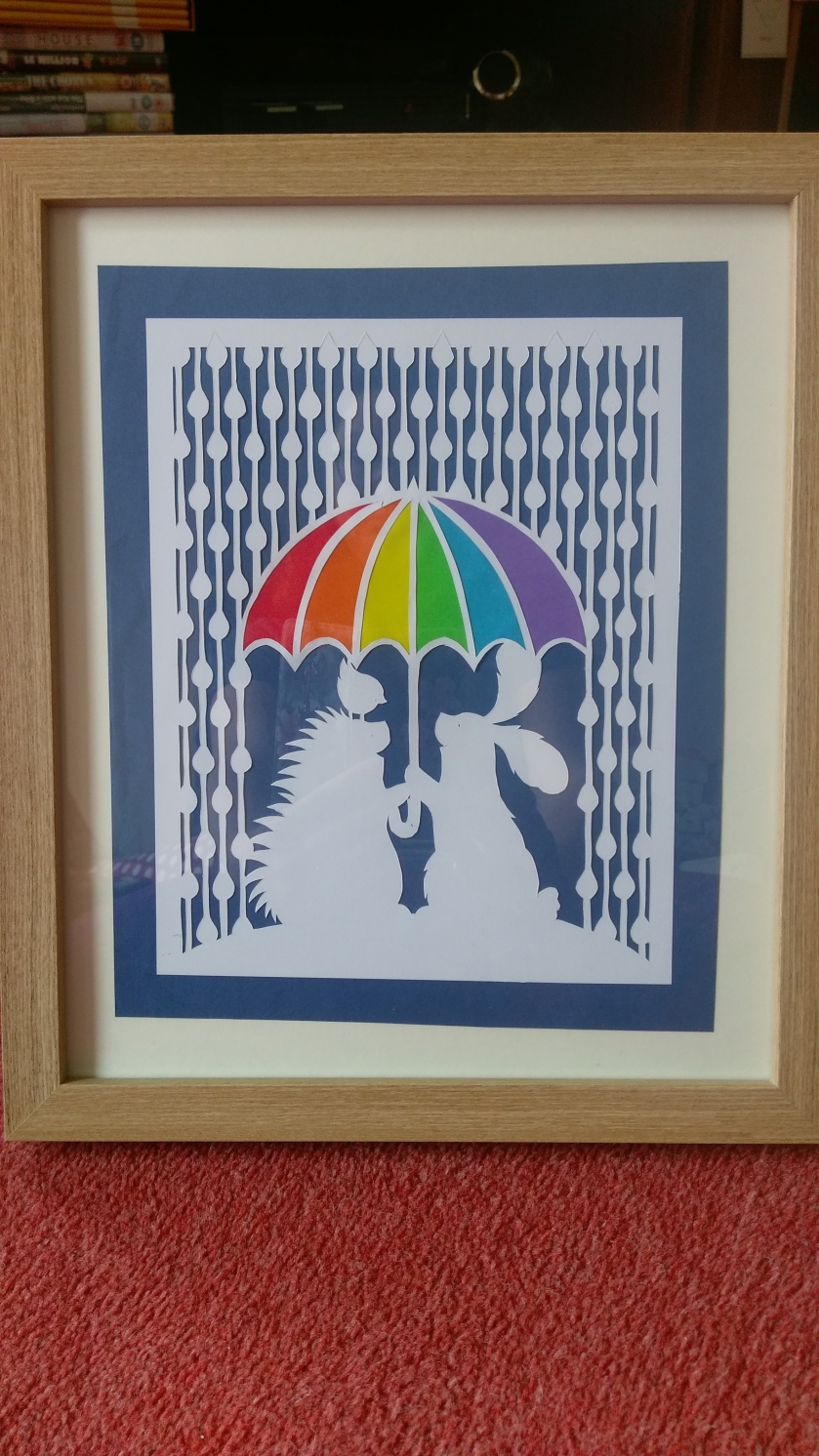