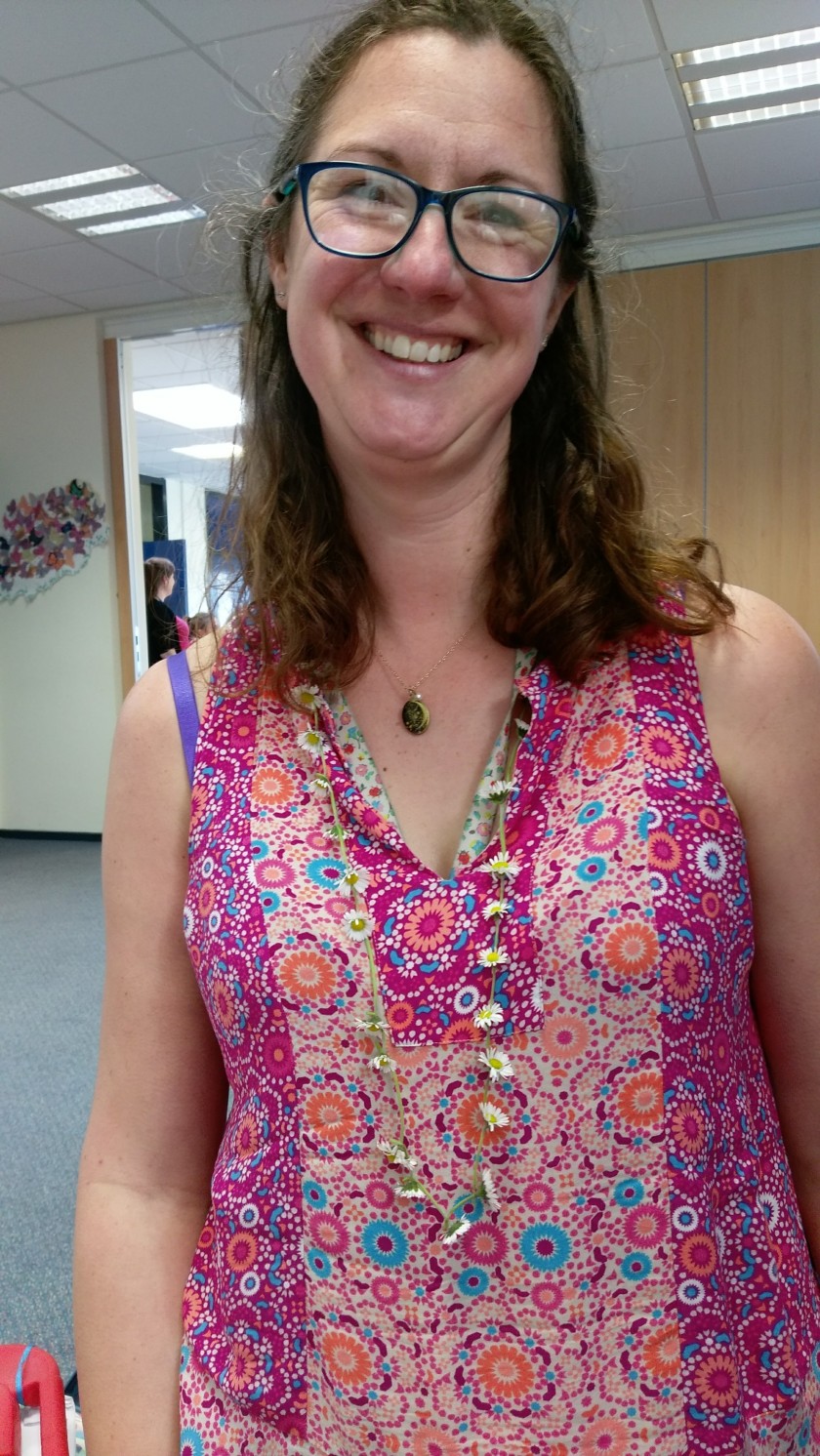 So I know it’s not the greatest creative act in the world but yesterday I made a daisy chain! Well, it wasn’t just me but me and several reception and year one children over lunch time. The weather was nice enough for us to go on the field at school at lunchtime, and as  always the children started picking daisies. I asked if they knew how to make a daisy chain, which they didn’t. After I explained that we needed daisies with long stems I started to make the holes with my thumb nail and the children took turns posting their daisies through the hole. Together we made one big daisy chain which they decided I should have! Then we made another one which was later presented to the teacher in my class!

There was something lovely about the fact that several of us were focused on and contributing to the same creation. There was always a small group of children watching and waiting for their turn. I really like the idea of collaborative creations, and am excited by the prospect of joining other people who could each  make a square of patchwork that could all be joined into a larger quilt and given to a children’s charity. I’m not sure what it is about it that I respond to so much other than several people working together to achieve the same thing.

With the daisy chain some children kept going all lunchtime and others just added a couple of daisies, but all of them contributed to the whole (maybe that’s part of the point of Jesus’s story where all the workers get paid the same amount no matter how long they worked for… All are working to expand the kingdom of God,where each person’s role is valued equally no matter how big or small?).

It was lovely to connect with the children in this way. But also I was constantly busy because every time one daisy was threaded another one was there! My role was the repetitive one of carefully making holes in the stems and holding them steady to be threaded through. This repetitive act was calming and therapeutic, and had a certain rhythm to it. I was reminded of something the recursive girl said about how repetitive (recursive) acts like sewing etc help to calm her. I recognised what she meant while doing this.

Yesterday gave an unexpected  creative moment. Today’s is more planned. I’m off to a day of painting my response to spring on a course. I’ll update you on how that goes later on!

Well this is not exactly my normal thing but i figure it was creative, so I’ll include it here. 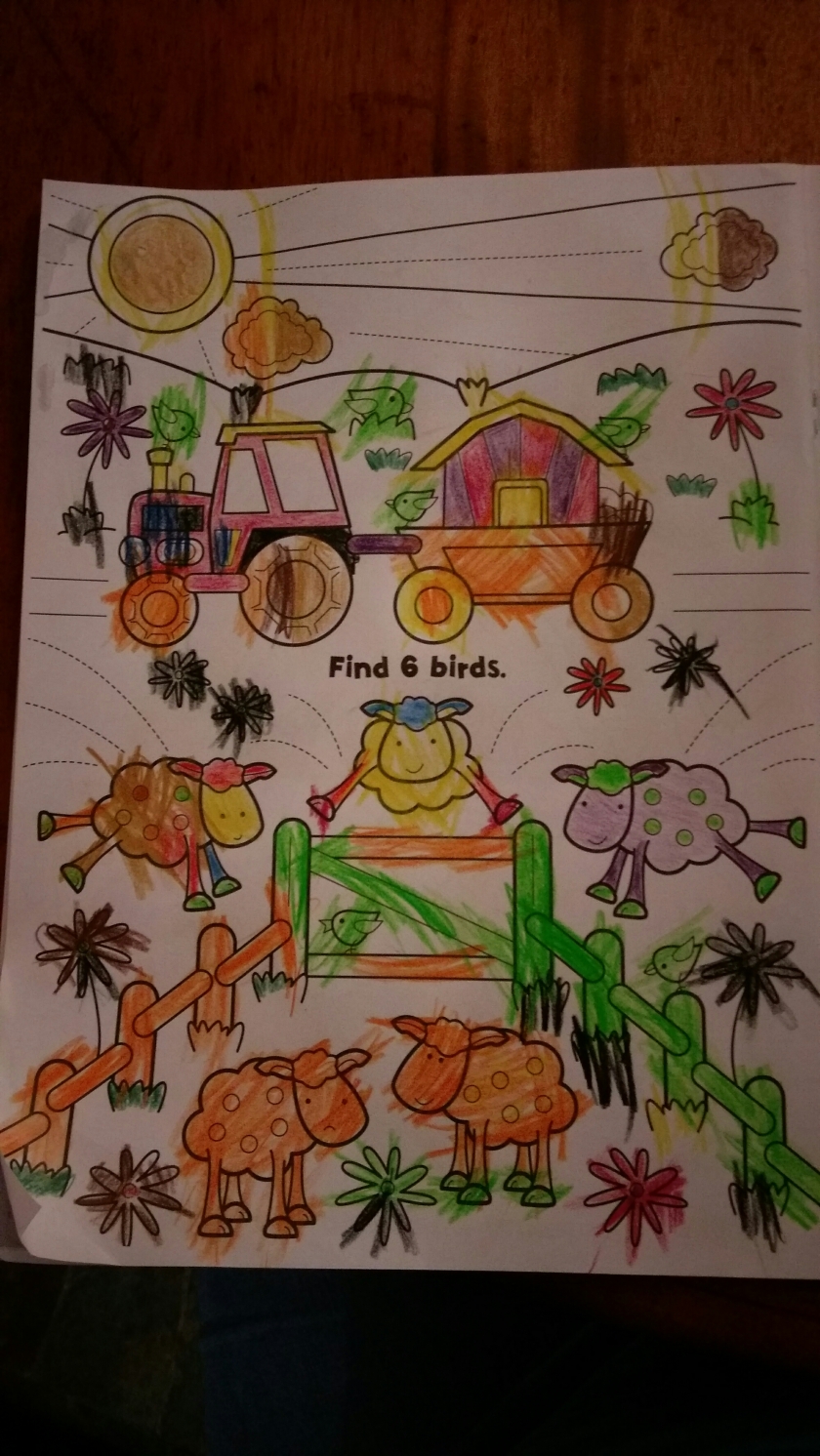 It’s not all my colouring! I spent a happy half hour this afternoon with a lovely 3 year old called Benjamin, and together we decided on colours for different things. I loved how he decided that we should colour the tractor in purple and orange so that it was both our favourite colours!

What i found creative and i guess educational for me was playing around with colours. He wasn’t bound by what colours things ‘should’ be, but what colours he liked, or what colours we hadn’t used yet from the selection of crayons we had. I loved the multicoloured effect we ended up with, and i loved the collaborative effect, especially when we drew lines down the middle of some things so we could colour  half each in our colour. Maybe I’ll try playing around with colours in the next thing i draw…. We’ll see!