I’ve made two project bags, as I’m considering the idea of opening an etsy shop at some point in the new academic year and would like to build a bit of a stock up before I open it. I thought I’d start with project bags as I think people would want to buy them and I can make them quite easily. But I’ve hit a dilemma with the first one I’ve made as it’s got a wrinkle in it from where I’ve top stitched round. I’m reluctant to unpick it all and start again. So I’m left with the question ‘do I just keep it for myself or list it in the shop as a flawed item? ‘ what do you guys think? 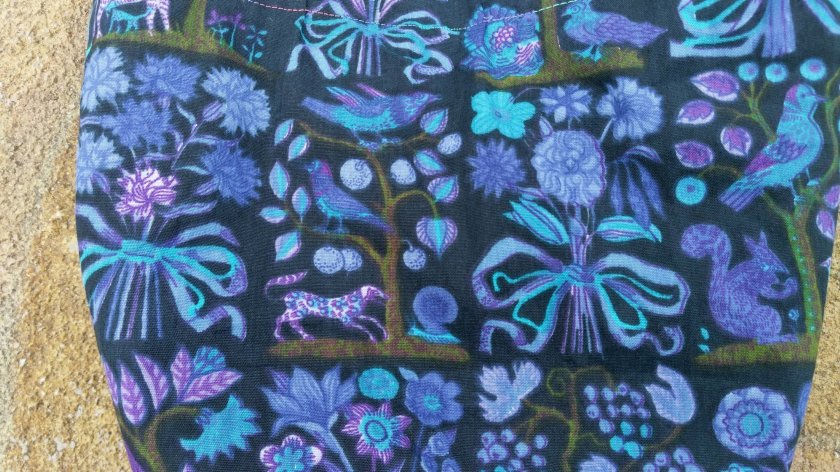 Then, with my mum’s help I’ve started to try to make myself a top following a pattern. The pattern reckons its easy, but I might question that! It is rather daunting being faced with all the big bits of paper with lots of code on them.

We’ve managed to cut all the pieces out, having learnt that it’s a very slippery fabric that moves whenever there’s a slight touch to it. Pinning the pieces to it usually took some time as several pins would need repositioning. 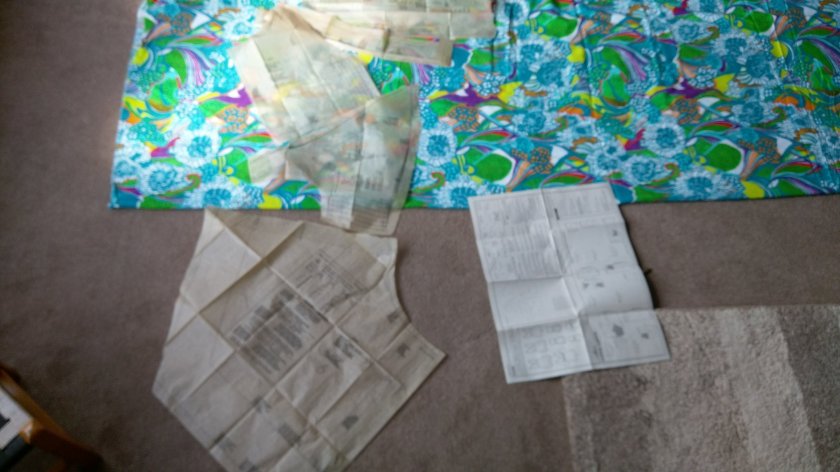 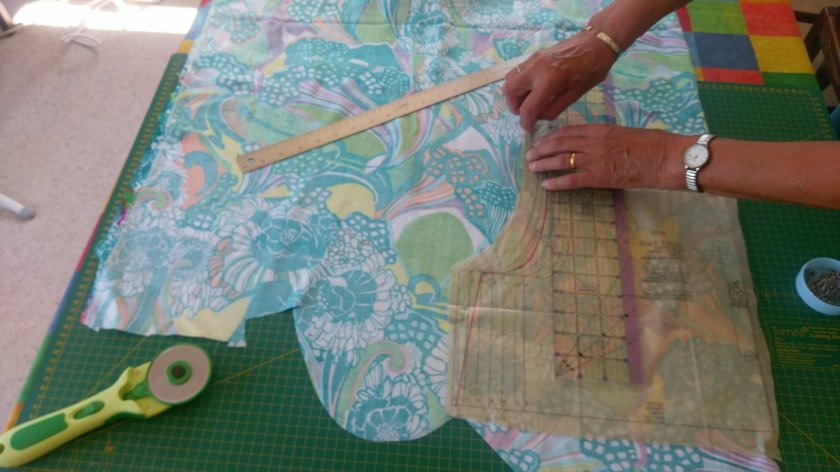 I also discovered that rather than working on the floor and cutting with scissors I got a much straighter, sharper line when I used my rotor blade on the cutting mat.

So, all the pieces are now cut and at some point I need to tackle the challenge of starting to sew it together. It’ll be a while as I’ve got a busy few days coming up.